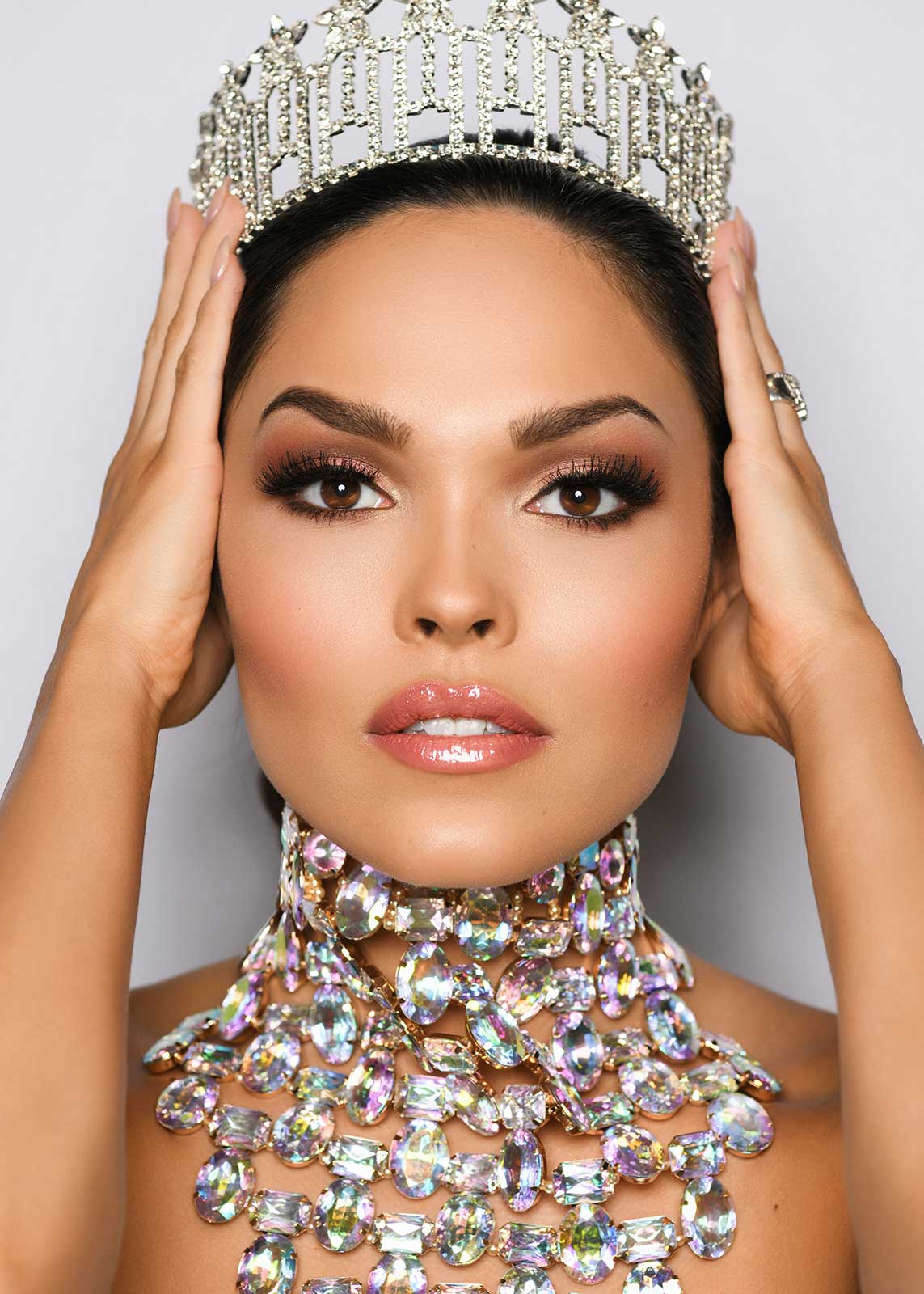 Taylor Leigh Kessler became aware early on that her road to success and achievement was less a superhighway than an uncharted slippery path full of pitfalls and even a few land mines.  From the age of four, Taylor longed to participate in pageants, but middle school classmates told her she was ugly and bullied her to the point of physical attacks, stripping away her self-confidence.  Finally, at seventeen, she entered her first pageant and competed at Miss Texas Teen USA.  A few years later, on September 1, 2019, Taylor Kessler took home the Miss Texas USA 2020 crown!

The bullying was only the beginning of the roadblocks and difficulties she would have to conquer to achieve her dreams.  There were lessons to be learned, self-knowledge to be gained, and mental toughness to develop.  Along the way, Taylor became the target of domestic abuse at the hands of a boyfriend.  When she recognized her toxic situation and the dangers it entailed, she terminated the relationship with her abuser.  She has since become an advocate for victims of domestic violence and sexual assault, and has shared her story with hundreds of people.  She imparts one of the best bits of advice she has received: “There is a difference between being liked by people and being valued.  A lot of people will like you, but few will value you.  BE VALUED.”

Then, in the spring of 2019, Taylor wound up with a fractured spine when her car was totaled after hydroplaning and crashing into the median.  She would require months of wearing a body brace and rehabilitation.  It seemed unlikely that she would be able to walk the runway in a swimsuit and evening gown this year.  But her growing determination, self-confidence, and indomitable spirit kicked in, and she focused on returning to a normal life and getting back on the Texas Stage!  She learned that she is capable of overcoming huge obstacles!

Taylor has graduated with a double major in Communications/Broadcast Productions at Sam Houston State University.  She is also fluent in American Sign Language and studying Spanish. A sports enthusiast, she played volleyball on a nationally ranked team and was MVP two years in a row.  She is coming a step closer to her ambition of becoming a Sports and Entertainment Reporter as she has conducted rookie interviews and sideline reporting for the Jacksonville Jaguars, and she was the emcee and host for the All American Bowl this year on NBC. Taylor is also an intern GALvanize (Women in sports).

Taylor’s heritage is a blend of cultures and ethnicity.  Her maternal grandfather immigrated from Italy through Ellis Island, and a great great grandfather was 100% Cherokee from the Texas-Oklahoma border!  She describes herself as driven, articulate, conscientious, versatile, and a bit quirky!

The message Taylor would like to convey to others is to “live your life with purpose.”